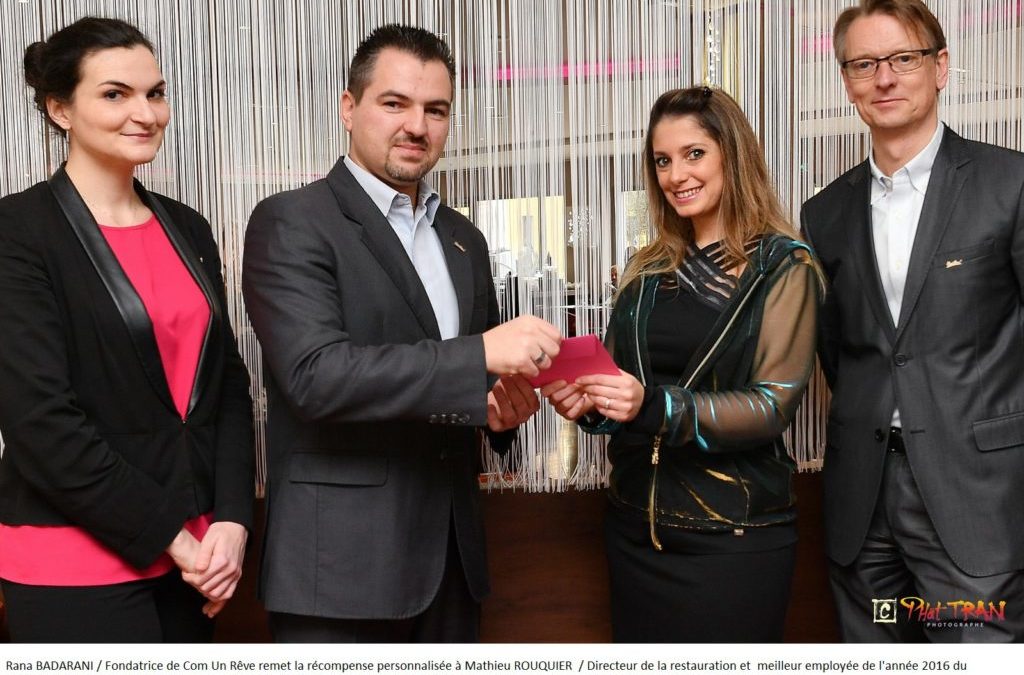 Com Un Rêve is extremely pleased to give, for the second time, the personalized reward to the best employee of Radisson Blu Hotel, Toulouse Airport! This year, Mathieu Rouquier, Service Food & Drink Manager, was selected by his co-workers!

« We live in a consumer world where the value of a thing is very relative and where the happiness resulting from the possession of that thing is very furtive. Studies did show that living experiences makes us happier and for a long time since the experience, we have lived, ends up being a part of ourselves.

Then I heard about « Com un Rêve » and its «Manage Happiness » motto. Last year, for our “Employee of the Year 2015”, Com un Rêve fulfilled one of his dreams that will be always rooted in his memory, in his life. I was won over by the concept. To allow for an experience is to allow for a moment of sharing and of happiness that is far more rewarding than a thing.

So when it was time to choose the gift we were going to offer to the Employee of the year 2016, I did not hesitate and again, we asked for Com un Rêve’s assistance. Once again, one of our employees will see his dream come true, for his own sake and for the sake of his relatives. So many stars in the eyes! What a joy!”

The employees of Radisson Blu Hotel Toulouse Airport have recommended Com Un Rêve to their new manager! So, what about you?

To receive our Newsletter